During 2018 the IMS team worked with three schools in Melbourne and Geelong, with 12 teachers spread over classes at grades 1, 2/3 and 4. At each cohort level we worked with all teachers who collaborative planned with the research team and monitored and discussed approaches to teaching as they went along. As a research team we also visited regularly, videotaping classes, collecting student work, and interviewing and discussing next steps with the teachers.

During the year we produced lesson sequences in three distinct topics, with versions for each of the cohort levels. The topics were:

Modeling motion: Measurement of constant motion; representing relationships between distance, speed and time; motion down a ramp. The mathematics was concerned with data measurement and variation, and graphical representation and relationships.

Astronomy: Tracking shadows over the day. Movement of the sun from an earth perspective. Day and night from a space perspective. Movement of shadows due to the earth’s rotation. The mathematics related to spatial reasoning; angle, rotation, length.

Working with teachers: publishing the units

For each unit sequence the team initially produced a draft, linked to the curriculum, and then drew on the expertise of the teachers to refine the approach, for each year level. Teachers provided advice on how best to structure the teaching, so that for grades 1 and 4 although the shape of lessons was similar, they were different in the detail of what was covered and the pace. As the lessons proceeded teachers adapted the approach to their particular styles and to students’ learning needs.

Each year we will be producing the refined units, with student work and teacher comment on teaching strategies, for the resources section of the website.

Teachers were generally very enthusiastic about the units regarding both the engagement of students, and their learning. Detailed findings over the three years of the project will be published in a series of conference papers and journal articles, but here we summarise an overview of teacher responses, from interviews, regarding the units:

Students developed their skills in understanding the nature of motion and how to represent motion in different ways. Grade 4 children developed graphical modeling skills tracking the ability of the class to walk a constant rate over 8m, and testing whether a probot travels at constant speed. 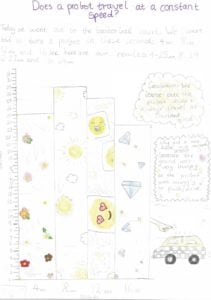 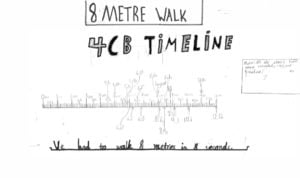 During the ecology unit Grade 1 students developed graphical ways of representing the count of different living things in their plot, and then graphed each particular species across the different habitats. Children developed their graphical skills considerably.

They developed a class chart that mapped their habitats onto a map of the schoolground, and displayed living things counts in each and commentary on how animals were adapted to 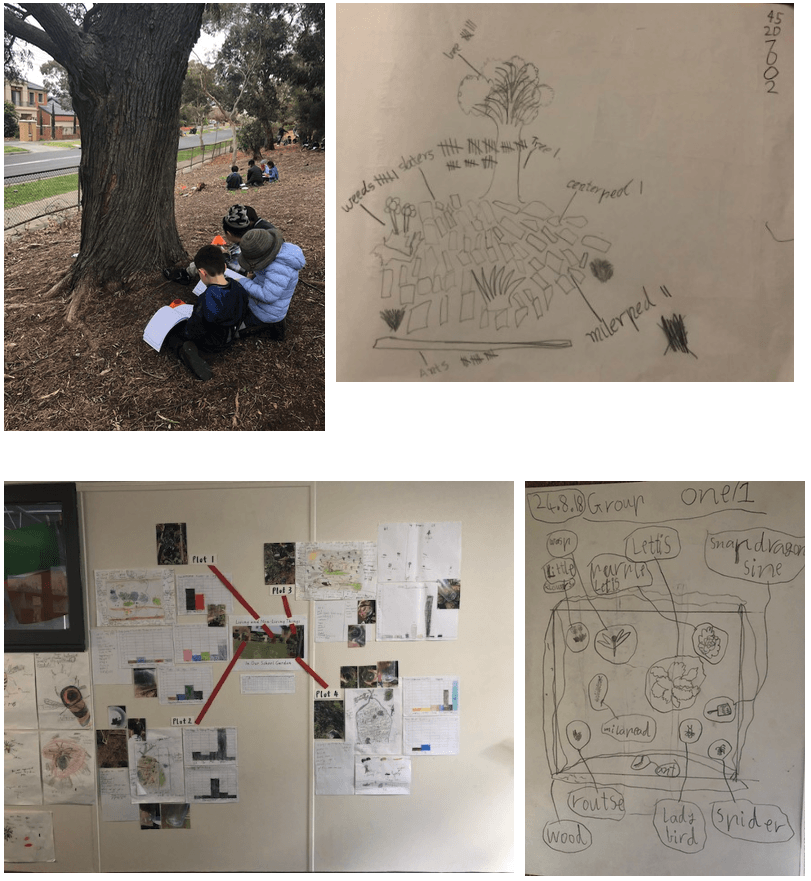 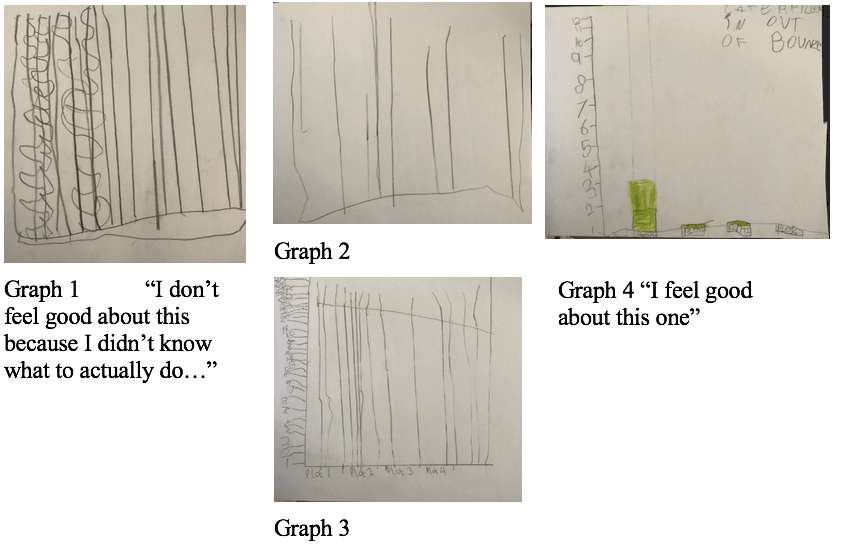 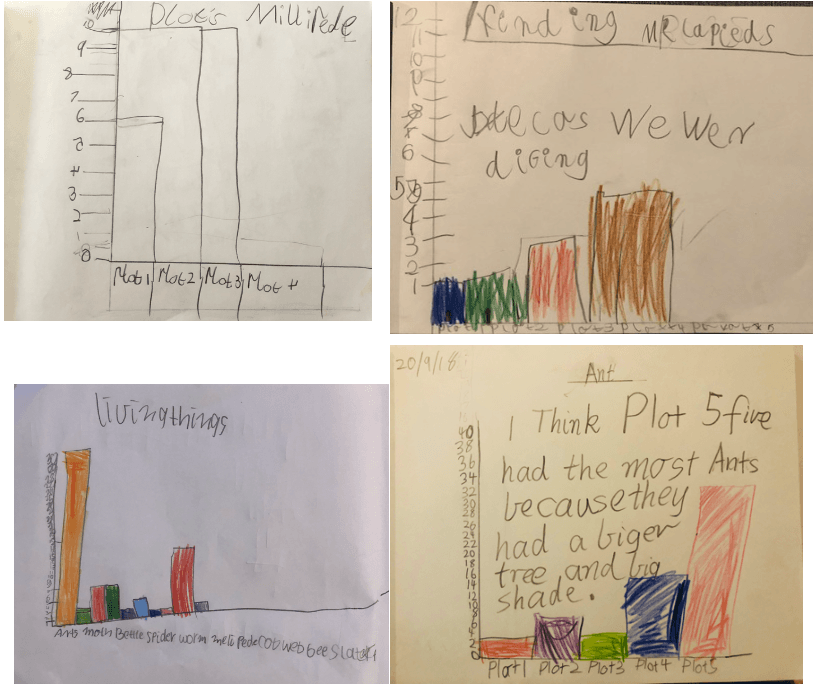 Students spent a day tracking their shadows on the asphalt using a chalk outline, linking this to the apparent movement of the sun in sky – rotation and angle, and linking the sun’s position with the position of the shadow. The changing length of shadows was tracked by a variety of means. A gnome was placed in the yard and it’s shadow traced on poster paper at regular intervals, giving a sense of the continuous change in length and directions. This could then be used in the classroom to model the change in the sun’s position using a torch, and to show how the same results could be had if the earth (poster paper) moved and the sun (torch) remained still.

A presentation of the earth’s rotation using video animation was shown and children played with globes and torches to model their shadow results. 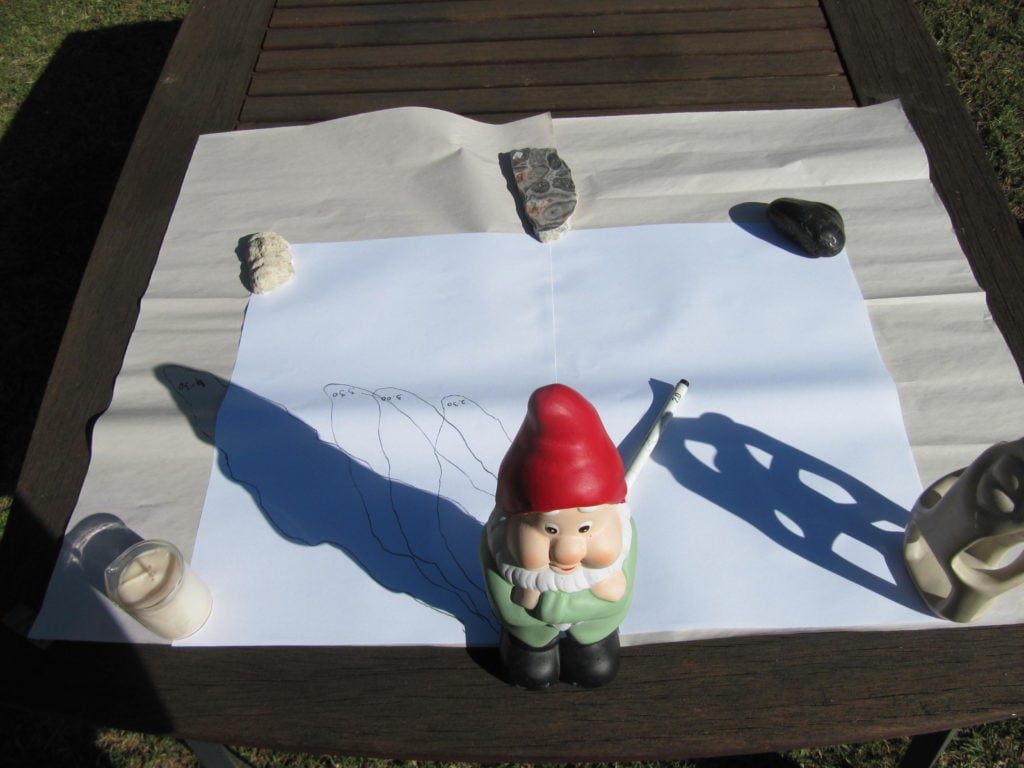 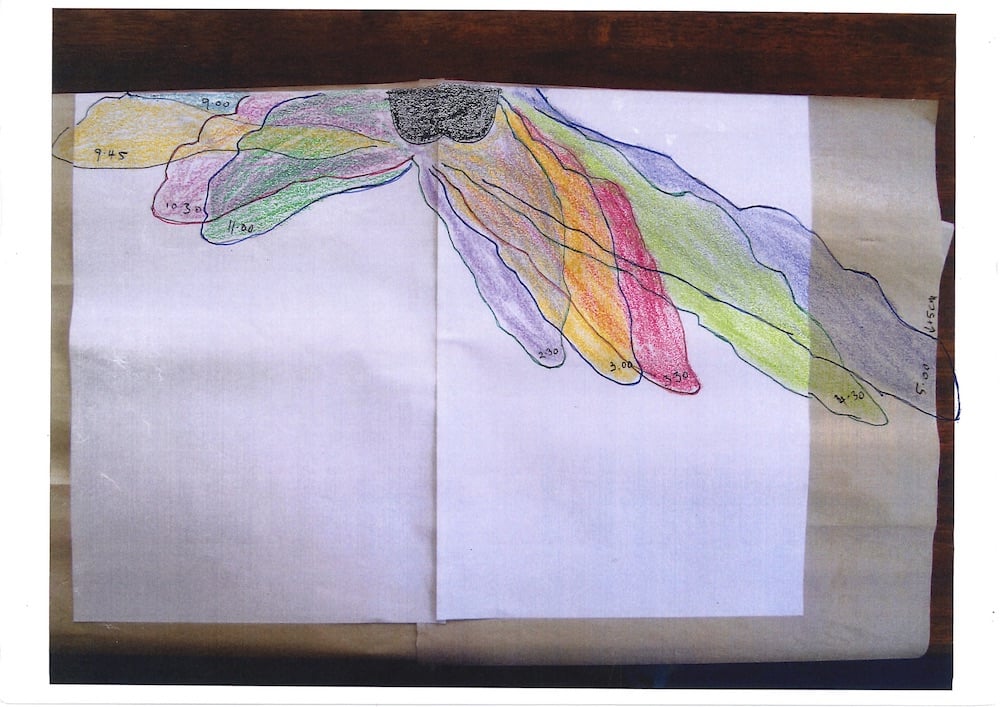